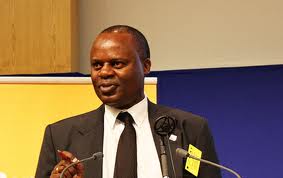 Bank of Uganda has announced immediate takeover of the management of the National Bank of Commerce.

This has been announced in a press statement issued by Dr. Louis Kasekende, the bank’s Deputy Governor.

According to the statement, the bank’s license has been revoked and its customers will now operate their accounts in Crane Bank, beginning October 1st.

Kasekende says the bank has also been ordered to wind up its affairs.

The Central Bank in its statement warns borrowers with the bank to service their loans as per the previous terms.

Though the statement does not give reason for the wind up, Kasekende says the Central Bank will remain committed to ensure the stability of the financial sector.

The bank has been in the news for months over reports of mismanagement as well as battling to recapitalize.

Earlier this year, the Bank’s majority shareholders including Prime Minister Amama Mbabazi, Alex Nzeeyi and Ruhakana Rugunda were sued by an Arabic investor, over $5m wired, in a failed acquisition.

In June this year, the bank’s directors also disagreed on a move to sell shares for re-capitalization.

Retired Supreme Court Judge George Kanyeihamba opposed by the move that was spearheaded by Amama Mbabazi, saying stakeholders had not been
consulted.