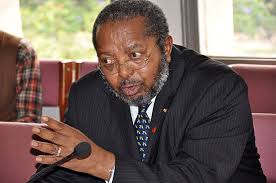 The Central Bank has predicted tough times ahead in terms of food prices.

The Governor Bank of Uganda Emmanuel Mutebile says effects of the dry spell are expected to further push up food prices in the next three months.

A rise in prices of food and other commodities in different parts of the country have pushed the inflation rate to 5.1% up from 3.6% percent,  according to the Uganda Bureau of Statistics.

Mutebile says inflation is likely to increase slightly in the next three to six months largely driven by the effects of drought on domestic food production and prices.

Meanwhile, the Central Bank Rate has been maintained at 11% due to inflationary pressures.

By Benjamin Jumbe The government through the Ministry of Finance, Planning, and Economic Development has committed to continue providing support to the private sector as part...

By Moses Ndhaye The 5th edition of Chief Financial Officer (CFO) Awards 2021 has been launched to recognize efforts and professionalism that finance leaders put in...