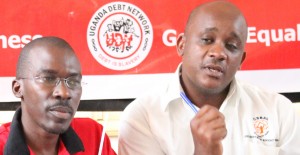 The Civil Society has warned of high lending rates once government goes ahead with plans to borrow the 1 trillion shillings.

The government is planning to borrow 1 trillion shillings domestically to finance the 2014/2015 budget due to the revenue shortfalls experienced coupled with donor aid cuts.

However the Civil Society Budget Advocacy Group is opposed to the move saying this will instead lead to high lending rates since there will be less money advanced to the private sector by commercial banks.

The leader of the group Julius Mukunda says the government should explore other options like external borrowing or widening the country’s tax base.

No hope for Kutesa