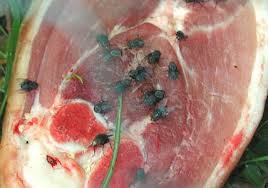 Butchers in Lyantonde town council are protesting the poor state of the building hosting butcheries and the hiked slaughter fees.

They have refused to slaughter any animal leaving meat consumers stranded.

They claim they were not consulted before increasing the slaughter fees from 500 to 1000 shillings for goats and 2,000 from 1000 to slaughter a cow.

Wahabu Matovu a butcher says that the abattoir lacks running water which compromises their hygiene and that of the meat sold.

However, the chairperson of Lyantonde abattoir Richard Katende has dismissed the allegations that the abattoir is dirty though he admits that the slaughter house lacks running water