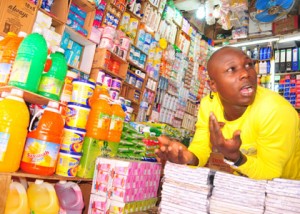 South Sudan has reassured Ugandan traders operating in the country of security.

Recently the UPDF and the Ugandan embassy in South Sudan issued alerts warning Ugandan traders of insecurity along some routes.

However the South Sudan Ambassador to Uganda Samuel Luate says those that have been attacking traders are small elements of bandits.

He says the government is in charge of most of the country’s territory and rebels have been pushed to the outskirts.

Meanwhile, the government of south Sudan has expressed disappointment with the international community.

He says the perpetrators of violence must be pointed out and their actions condemned.

Recently the Intergovernmental Authority on Development indefinitely suspended peace negotiations in Addis Ababa between Riek Machar and the government of South Sudan.

Law on acid use in offing