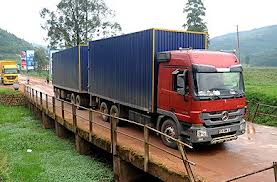 This is according to the spokesperson KACIITA, Isa Sekitto who says the traders were prepared in time for alternative routes and many used the southern route.

Sekitto says that the Malaba boarder was also clear despite a few hiccups on the Election Day where clearing agents kept away.

He says the association is already compiling a list of the few affected traders for intervention.

The violence that erupted after the 2007 polls paralyzed business at the boarder with Kenya with the losses suffered by the traders estimated at close to a trillion Shillings.

By ERONIE KAMUKAMA The Internet shutdown that started on January 13 has caused huge losses as businesses, government agencies, organisations and web-based operations such as e-tax...

By Benjamin Jumbe The Uganda Revenue Authority has registered signs of recovery and improvement from July to November  in revenue collections. The Authority’s Commissioner General John...

By Prossy Kisakye  Kampala Capital City Authority has been urged to collaborate with public market management to consider setting up playgrounds for children's recreation to make...

Seeds of Gold Farm clinic on today in Lira

By Ritah Kemigisa The Daily Monitor 17th seeds of gold farm clinic is on today in Lira. Among the key issues to be discussed are the challenges...

By Ritah Kemigisa The Uganda National Bureau of Standards (UNBS) has suspended the importation, sale and distribution of seven peanut butter products from neighboring Kenya....