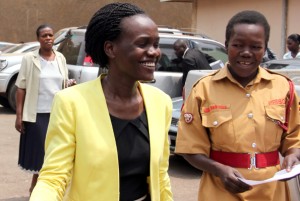 Patricia Ojangole had been dragged to the Anti-Corruption Court over allegations of influencing the recruitment process that culminated in her appointment as CEO of the bank.

This, according to the IGG amounted to conflict of interest.

She allegedly worked closely with one of the recruiting consultants who ended up picking her as CEO.

However, delivering his ruling, Presiding Judge Lawrence Gidudu said that the charges were malicious since all employees were aware of the said job.

He added that it was advertised and the bank’s board advised all interested employees to apply.