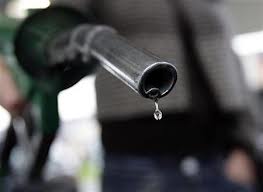 The rising fuel prices have been explained.

The Uganda Revenue Authority has blamed the trend on the deficit recorded in international trade taxes.

Currently a liter of petrol goes for Shs.3,900 up from 3,800, while that of diesel goes for Sh.3,600 up from 3,400 last month, a trend that the sector players have blamed on the foreign exchange rate.

Addressing a news conference this morning, URA’s spokesperson Sarah Banage said the shortage of fuel experienced during the pre and post-election period continues to impact on prices and revenues.

She cites a deficit in international trade taxes registered during the month of February.

Banage says reduction of import duty from petroleum led to a 90.2 % deficit on international trade taxes.

Banage however says the situation is getting back to normal as more fuel is expected to be brought into the country in the next few weeks.

It is however worth noting that this does not necessarily result into outright reduction in pump prices since there are other factors that determine fuel prices both locally and internationally.

By ERONIE KAMUKAMA The Internet shutdown that started on January 13 has caused huge losses as businesses, government agencies, organisations and web-based operations such as e-tax...

By Benjamin Jumbe The Uganda Revenue Authority has registered signs of recovery and improvement from July to November  in revenue collections. The Authority’s Commissioner General John...

By Prossy Kisakye  Kampala Capital City Authority has been urged to collaborate with public market management to consider setting up playgrounds for children's recreation to make...

Seeds of Gold Farm clinic on today in Lira

By Ritah Kemigisa The Daily Monitor 17th seeds of gold farm clinic is on today in Lira. Among the key issues to be discussed are the challenges...

By Ritah Kemigisa The Uganda National Bureau of Standards (UNBS) has suspended the importation, sale and distribution of seven peanut butter products from neighboring Kenya....

Kyambogo lecturers fail to turn up