Breakfast good for your heart-researchers

by admin
in Health
0 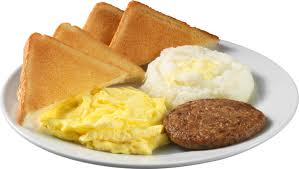 People should eat breakfast to keep their hearts in good condition, according to researchers in the US.

Their study of 27,000 men, in the journal Circulation, showed those skipping breakfast were at a greater risk of heart problems.

The team at the Harvard School of Public Health said missing the meal put an “extra strain” on the body.

The men, aged 45-82, were studied for 16 years. During that time there were more than 1,500 heart attacks or cases of fatal heart failure.

However, people who skipped breakfast were 27% more likely to have heart problems than those who started the day with a meal. The researchers adjusted for other lifestyle risk factors such as smoking and exercise.

By Ronald Kabanza At least 650 people in Bwambare sub-county, Rukungiri District are being treated by jiggers that invaded them in August 2021. 18-year old Susan...

By Ivan Ssenabulya Uganda has registered a 52% reduction in the number of daily covid-19 infections during the third wave of the Omicron variant. According to...

By Ivan Ssenabulya The federal government of Ethiopia has asked World Health Organization to investigate its chief Tedros Adhanom. The WHO boss is accused of "harmful...

WHO recommends two new drugs to treat patients with COVID-19

By Ritah Kemigisa The World Health Organization has recommended two new drugs to treat patients with COVID-19, one for patients with the critical disease and one...

By Moses Ndhaye The polio immunization campaign is set to be launched today with a target of immunizing about 8 million children below the age...

URA in Shs 135b shortfall