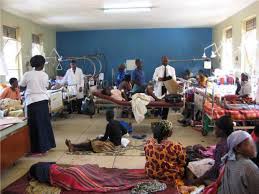 Medical workers at Bwera Hospital have resumed work after a one day strike that left patients stranded.

The workers were protesting the delay in salary payment.

According to the hospital medical superintendent, Dr. Jonathan Sekitto, 82 out of the 155 medical workers at the hospital have not received their salaries since December last year.

The medics resume work after reaching a consensus with the Kasese district officials led by the Chief Administrative Officer William Kanyesigye after a crisis meeting with them.

On top of nonpayment of their salaries, the medics complain that some of them have been wrongly posted, under wrong salary scales and titles.