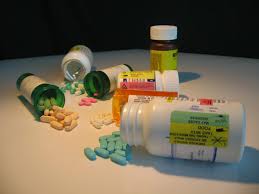 An HIV negative man who has been on anti-retroviral treatment for 15 years has gone to court to seek justice.

He is seeking damages for the inconveniences he suffered that included loss of income, victimization, stigmatization and hopelessness.

He claims that on 18 June 1999, Adventist medical centre allegedly carried out an HIV test on him and found him positive.

He was then referred to Rubaga hospital where ARVs were prescribed for him.

However on 28th February this year, he took another test that turned out negative.

By Ritah Kemigisa The Joint United Nations Programme on HIV and AIDS ,UNAIDS has condemned parliament for passing the Sexual Offences Bill 2019, which includes provisions that...

By Moses Ndhaye The Uganda healthcare Federation has underscored the need for the government to formulate a policy through which private health facilities can administer the...

By Ivan Ssenabulya Ministry of Health has confirmed 70 new COVID-19 cases from tests done on 03 May. The cumulative confirmed cases now stand at 42,102....

By Xinhua African countries have acquired a total of over 37.1 million COVID-19 vaccines so far, the Africa Centers for Disease Control and Prevention (Africa CDC)...

Lead investor to be selected

No Cholera in Adjumani