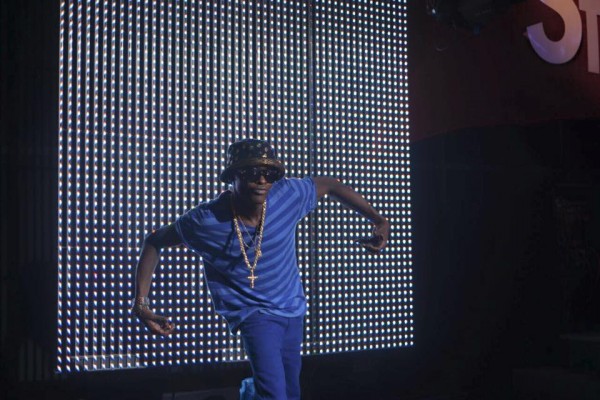 He is joining his companion, Moses Saali (Bebe Cool) who is already in the race for the best video of the year. The category comprises of ten nominees and is so far the most competitive of all the categories.

Dr. Chameleone has been nominated alongside Nigeria’s 2Face, Anselmo Ralph from Angola, Asa from Nigeria, Black Coffee from South Africa, D’banj trailing all the way from Nigeria, DRC’s Fally Ipupa , HHP the South African, P.Square the duo from Nigeria and Samini from Ghana.

“I thank God,My fans and Family for lifting me this far 15 years of relevance to My people musically Africa and beyond. Now I call on my fans to vote Jose Chameleone ‪#‎EVOLUTIONCHAMELEONE‬ a million times so we bring this MAMA EVOULUTION AWARD to East Africa.My East African people lets go!!”  – Jose Chameleone.

Uganda’s Evelyn Namatovu Kironde is the second runner up at the just concluded Miss International Contest in Japan. Namatovu takes the third position at this year’s...

Ugandan Jessica Nabongo has become the first black woman to visit all 195 countries in the world. Nabongo, whose Ugandan parents emigrated to the United States,...

Kaliro court Grade one Magistrate, Wilberforce Egessa has fined a 29-year-old man, to a tune of UGX 600,000 Uganda shillings for abusing the rights of his...

Police and education authorities in Lyantonde district are hunting for a primary school teacher for reportedly stealing school UPE funds. Fred Mbarebaki, the head teacher of...

By Moses Ndhaye. Real estate developers in Uganda says tenants in Uganda are now preferring to rent houses in city suburbs than renting in the prime...