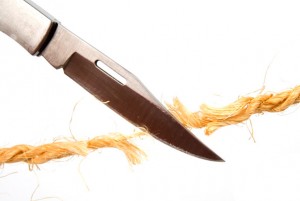 ELEVEN-year-old Cheyech Lima of Doo village in Nakapipirit District died on July 9, 2010, in the bush due to over bleeding-a common FGM (Female Genital Mutilation) complication. According to the “surgeon”, one Cheptchai, he was not only cutting for the first time, but hurriedly for fear of the law. “My grand father used to be a ‘surgeon’. So elders asked me to start because we needed to cut as many girls as possible,” Cheptchai says.

While Milka Rioo, an age-mate who survived the complications to see another sunrise reveals, “I woke up one morning ready to go to school but father told me that I should stop thinking of going to school and focus on being cut and getting married. So I had to obey my father.”

Karamoja, the black spot
This is the “crude” face of FGM in Karamoja, a much impoverished region with illiteracy rates as high as 92 per cent but with a raw and strong culture that has almost 90 per cent of their girls mutilated. Even legal restraints have not helped much.

Like social scientists say, changing long-standing cultural practices—even when such practices are harmful—is difficult. The Karimojong Resistance to the anti-FGM law, which criminalises the cultural practice, attests to this.

‘Now or never,” this is the slogan for a pressure group in Pokot, Karamoja, urging all FGM-(Female Genital Mutilation) age going girls to rush for the knife now or risk never being cut because of the FGM law. According to Ambrose Pyatich Merian, the REACH (Reproductive Educative and Community Health) Coordinator Karamoja region, this call almost doubled the FGM rates in the region in 2010.

Many girls are indeed cut
In a 2010 annual progress report on FGM in Karamoja, Merian notes, “Indeed, many girls were cut”. “In Nassaal sub location alone, over 200 girls were cut…Most of them were between the ages of eight and 16 years,” he says adding, “Many were still nursing their wounds and had not been released by their mentors to interact with any outsider since they have not finish undergoing all stages and rituals.”

The sub report titled, Confronting realities of FGM: Over 200 girls cut in only one sub location’ is contained in an annual report on FGM activities in Uganda by the Inter-African Committee Uganda (IAC-U). IAC is a non-governmental organisation (NGO) which seeks to change social values and raise consciousness towards eliminating FGM and other traditional practices which affect the health of women and children in Africa.

Merian says while most of the girls did not know their ages, they ranged between 8-16 years. Consequently, it’s evident that their fate is often sealed by their parents because in Uganda, the age of consent is 18 years.

For many, Merian observes, they did not know why they were cut. “But they knew
It’s painful,” he says. The World Health Organization (WHO) defines FGM/C as any procedure involving partial or total removal of the external female genitalia or other injury to the female genital organs for non-medical reasons.

The practice, mostly carried out on girls before they are 15 years of age, although occasionally, adult and married women are also subjected to the procedure, has immense health effects on the victims. It has been found to have no benefits for women whatsoever.

Traditionally practiced as a rite of passage to adulthood and to marriage, In Uganda, FGM is practiced in Sebei region-Eastern Uganda, and in the Karamoja region-Moroto, Nakapiripiriti, and Amudat districts- Among the Tepeth, Kadama’s, Pokot and the So tribal communities. Whereas among the Sabiny, it is performed bi-annually (in even years) during the months of November and December, it’s annual in Karamoja.

The law doesn’t bite
Geofrey Sande, the programme officer IAC-U says because of the anti-FGM law, the locals have resorted to mutilating the girls at night, in bushes, or in caves. “They also hire local militia to guard the ritual grounds, bring in mutilators from the Kenyan side or sneak the girls across,” Sande says.

Merian says most programmes have concentrated in Sebei region because Karamoja is remote and inaccessible. “We need rescue. FGM is more serious in Karamoja but we are forgotten souls,” he says.

However, should we preserve life or culture, which one should die? Well, this is question as the World Day against Female Genital Mutilation on February 6,was celebrated.