Two children have this morning died in a house fire at Wampamba zone in Wobulenzi Town Council, Luweero District. 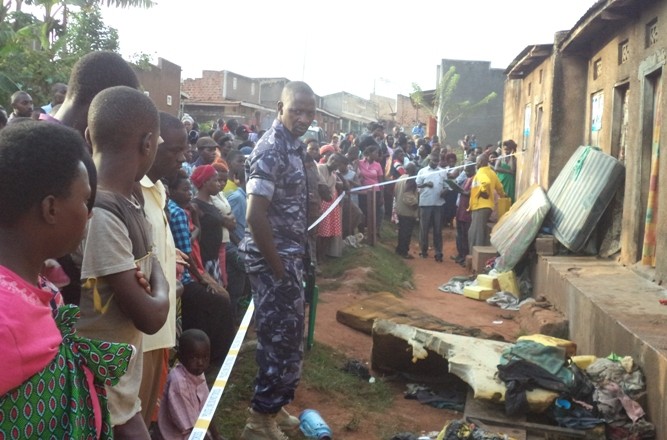 According to eye witnesses, the fire resulted from the candle which the mother of the deceased had left burning as she made prepare pancakes about 200 meters way from her home.

The police officer in charge of Wobulenzi Police Station Viany Buyinza says the children could have died of suffocation as the room in which they were sleeping had poor ventilation.

Former hip hop singer Keko has appeared on her Instagram live video in a very sad and terrible state. Keko who now lives in Canada, started...

Over 50 people have been nominated for the first edition of the Janzi Awards that will be held on December 11, at Kololo airstrip. Among the...

Musician Pallaso who collected 5.4m from the social media fundraising he started last week donated more than 7.5M to the ghetto kids and  Oscar BigTym. Pallaso...

Ugandan singer Eddy Kenzo was named ‘best male artist East Africa’ at the AFRIMA awards. Kenzo was the only Ugandan artist who received an award at...

Pallaso begs for money, attacked by fans on twitter

Singer Pallaso has begged his fans to contribute Shs 100m so that he can rescue his car from Uganda Revenue Authority. In a tweet, Pallaso called...

Water crisis at the Supreme court