by David Kugonza
in Lifestyle, News
0

To determine where expats might find the best success of fitting in fast, global community network InterNations recently conducted their annual Expat Insider survey of more than 14,000 expats from 191 countries, asking residents to rate a number of aspects about life abroad, including how easy it was to settle in, a country’s friendliness and ease of making friends.

Uganda received the highest marks for friendliness. According to the InterNations report, 57% of expats in Uganda gave ‘general friendliness’ the best possible rating (the global average was 26%). Not only that, not a single respondent ranked this factor negatively.

Charlotte Beauvoisin, a British expat who writes about living in the capital Kampala at Diary of a Muzungu, said that welcoming all nationalities is an intrinsic part of the culture, and residents are quick to offer smiles to newcomers. 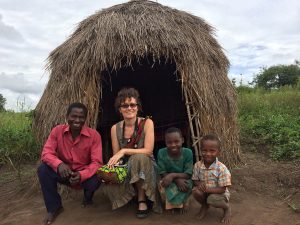 InterNations Ambassador Nadya Mileva, originally from Bulgaria and now living in Kampala, agrees, saying that the people are ‘amazingly friendly’.

“The country has a lot to offer, from breathtaking landscapes to high-end restaurants and bars to year-round summer,” she added.

Uganda isn’t without its problems, however, including the occasional power outage, pollution from old cars and infrastructure growing pains that can make traffic come to a complete standstill. But “the overwhelming majority of visitors to Uganda love the place. Many of us extend our contracts; many of us decide to settle here,” Beauvoisin said.

The majority of expats live in Kampala, where English is common and international restaurants abound.

The country is also very affordable for food and labour – meaning that expats are usually able to maintain a high standard of living.