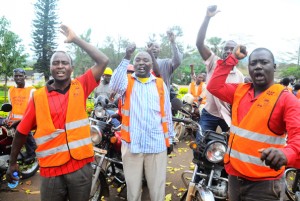 The police have announced resumption of operations on commercial cyclists popularly known as boda bodas.

Anyone arrested for overloading will pay a fine of Sh.

The new guidelines not only target cyclists but passengers as well.

Cyclists who overload luggage on their bikes are not safe either.