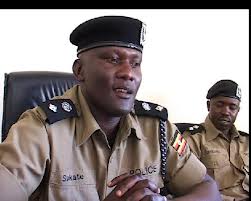 A 2 year old child has died in a stampede.

This is one of the 5 deaths registered by the police in Kampala over the four-day Easter period.

Addressing the media this morning, the police deputy spokesperson Vincent Sekatte said the baby died in a stampede at Kavumba recreation center.

The child is said to have been left by its mother under the stage while she joined other dancers on the same platform.

The platform collapsed a few minutes later due to too much weight killing the baby instantly.

The police are still searching for the child’s mother who is on the run.

In another development, the body of an unidentified man suspected to have died of too much alcohol consumption was found in ditch in Naguru.

In Bujuuko, 49 year old Livingstone Kule was discovered dead after he and one Nkalubo embarked on drinking alcohol for three days continuously in celebration of Easter.

Nkalubo was taken rushed to Mulago hospital where he still lies in critical condition.

Elsewhere, 25 year old Teopista Nababiito is suspected to have committed suicide after she allegedly failed to get food for Easter celebrations.

The body of another unidentified man was found lying along Port Bell Road near the abattoir.

All the bodies have been taken to the city mortuary.

The police also recorded four accidents, all suspected to have resulted from over speeding and reckless driving in Banda, Nsambya, Northern bypass and Seguku.

Meanwhile the police have recorded 12 deaths across the country over the Easter period.

According police deputy spokesperson Vincent Ssekatte, these included one suicide in Abim district, one fire in Bushenyi, and another in Wakiso where a wall collapsed on a man during the heavy downpour yesterday.

Sekatte however says that generally the festivities were calm, attributing it to the heavy police deployment and cooperation with local communities.