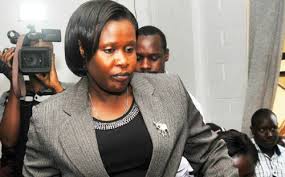 The Uganda National Examinations Board has assured the public of the credibility and authenticity of the PLE results presented today.

The 2013 Primary leaving examinations have today been released following delays that were blamed on technical hitches and systems breakdown, raising questions on their credibility.

However, speaking shortly after announcing the results, the UNEB secretary Matthew Bukenya has denied allegations that the final results could have been tampered with.

The minister for education and sports Jesica Alupo too emphasized that extra care was taken in marking, processing and compiling the results.

The results indicate a slightly improved performance of candidates compared to the previous year.

The boys continued to perform better than their female counterparts. While urban schools also outperformed those in rural areas.

Meanwhile, results of 1,424 pupils have been withheld due to suspected malpractice.

Some of the schools are Masajja Modern in Kampala where 26 pupils have been affected.

The others are St Francis and St. Matia Gulama both found in Mpigi district, Ndejje View and Nakanyonyi Primary school in Jinja district.