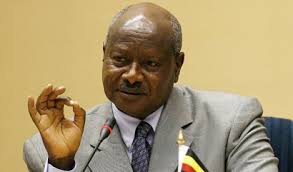 The decision by President Yoweri Museveni to sign the anti-gay law is already rubbing some sections the wrong way, especially Western powers.

The US government has already issued a statement condemning the president’s intention to assent to the law, saying it’s a violation of human rights.

Political analyst Dr. Golooba Mutebi says the reaction from the Donor community and threats by the same group to freeze aid should not take the country by surprise, since they may have been convinced that the president would not support the said law.

He says this supposed turn-around by the president to sign the law comes as a surprise and upset to the donors and previous threats of aid cuts will resurface.

According to Dr. Golooba, President Museveni has had to make a tough choice between agreeing to donors demands and respecting the opinions of the vast majority of Ugandans who are against homosexuality.

Meanwhile, some Members of Parliament (MPs) have asked government not to bow to pressure from the Western World over the anti-homosexuality Act.

Days after President Yoweri Museveni agreed to assent to the controversial bill, US President, Barack Obama has condemned the move.

MPs Martin Muzaale and Patrick Nsanja say Uganda should not be blackmailed into financial dependence at the expense of morality.

He says this supposed turn-around by the president to sign the law comes as a surprise and upset to the donors and previous threats of aid cuts will resurface.