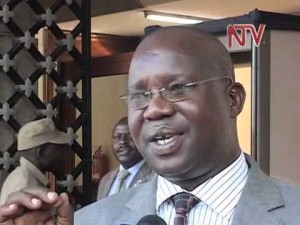 The Uganda Human Rights Commission has joined a growing list of institutions to reject the proposed Anti-Pornography bill.

Appearing before the Legal and Parliamentary Affairs committee today, one of the commissioners, Dr. Katebalirwe Irumba noted that the definition of pornography is vague, while the creation of penalties is not commensurate with the provisions of the law under revision.

Irumba says the definition of what amounts to broadcast is not specific and could be misunderstood hence the need for its definition to be aligned with the UCC Act and the Electronic Media Act.

He says existing laws should instead be amended to cater for such loopholes.

The bill has already been rejected by the Uganda Law Reform Commission and the Uganda Communications Commission, saying it is a duplication of existing laws.