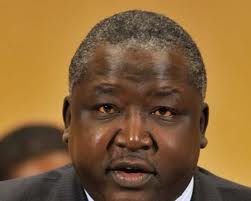 Government has confirmed reports of an attempted attack on the Ugandan mission in the Democratic Republic of Congo.

The Foreign Affairs minister Henry Okello Oryem, tells KFM that unknown people tried to force their way to both the Ugandan and Rwandan embassies this morning, but were driven away by both DRC police and the military operatives.

He says that security has now been stepped up at both embassies to avert any such violent attempts.

The botched attack happened following reports that the M23 rebels had captured the provincial town of Goma in the North Kivu province earlier today.

News of the advance of the M23 rebels was then met with violent protests in the towns of Kisangani and Kinshasa where the two embassies are located. Students and residents in the two towns reportedly begun their protest at

what they call the failure by the DRC government to contain the advance by the M23 rebels.

Number of Ebola cases now at 13