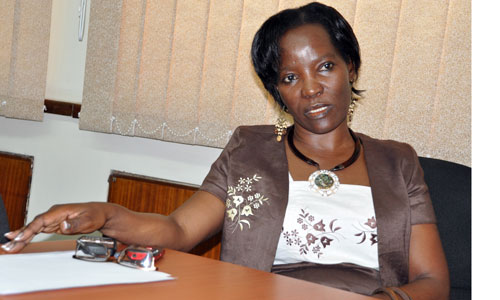 A report released by the Auditor General is pointing to gross mismanagement into the affairs of Kampala Capital City Authority.

The report released last month covers the period between March and June 2011.

Findings indicate that there are lots of monies being paid out illegally to staff including the Executive Director as reported over time worked.

The driver to the Executive is also said to be paid as an expert in logistics, yet he does not qualify for the said positions, with his academic qualifications indicating that he failed Senior 6 exams.

The driver was also paid Shs 5.2million in overtime over the said 3months in addition to the 1.8 million Shs he earns monthly.

The Auditor General indicates that the Public Service Commission guidelines dictate that civil servants should be paid 30% of their salary in overtime but Musisi paid herself 291% of her salary of the same.

The report further indicates that there were no standards set for staff to qualify for the different positions they hold.

The Auditor General singles out a one Julius Kabugo who is paid as a consultant yet he does not qualify for the position.

The report indicates that one must have worked for 15 years to qualify as an expert yet he has only worked for 6 years.

The Auditor General also points out 5 employees of KCCA who were still on the URA payroll at the time.

He notes that this is a case of double payment, which he says is illegal.

Reacting to the report, the Lord Mayor Erias Lukwago said the report pointed to the circus in Kampala Capital City Authority.

Lukwago says there is no difference in today’s management from that of KCC, expect that there is a lot more extravagance with the current team.

He calls for more investigations into the management of KCCA, which he says is covered in lots of rot.

Kato Kajubi back to jail