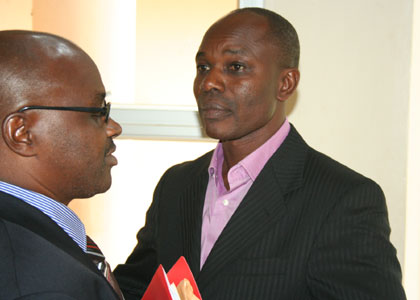 This is after prosecution led by Lilian Omara told court that investigations into the matter were complete.

Bassajja balaba and his brother Muzamir Basjabalaba with whom he is jointly accused appeared this afternoon before the Anti-Corruption Court for mention of the case.

The duo is charged with forgery, uttering a false document and defeating tax laws.

They are alleged to have forged a consent judgment used in evading taxes on Shs 142 billion he received from government, following the cancellation of market tenders.

Appearing before the Chief Magistrate Irene Akankwankwasa, Muzamir who had appeared for first time has been charged ad released on a cash bail of 40m shillings.

His 3 sureties who included his brother Nasser Basajabalaba were bonded 2bn shillings each not cash. He has also been ordered to deposit his passport at the court registry.