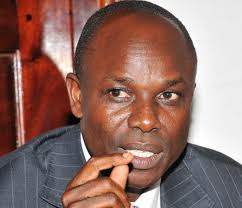 City businessman Hassan Basajjabalaba has been remanded to Luzira prison.

This is after he appeared before the Anti-Corruption from where he was charged with forgery and uttering a false document and defeating taxes.

He is alleged to have forged a consent judgement used in evading taxes on Shs 142 billion he recieved from government, following the cancellation of market tenders.

Basajjabalaba applied for bail on grounds that it is his constitutional right  and that he had presented substantial sureties before the court.

He stated that he has a permanent residence and can not run away.

The state attorney Lillian Omara however asked for more time to reply to the bail application but indicated that she had plans to oppose it.

Meanwhile, the Director of Private Prosecution has condemned the attempt at private prosecution of the tycoon seen yesterday, as an attempt to stop him from executing his mandate.

Basajjabalaba was yesterday taken to Buganda Road Court by businessman Bernard Kakande, who said he was acting in public interest against theft of public funds.

He was released, together with his co-accused Muzamilu Basajjabalaba on a cash bail of Shs 30 million

The Directorate of public prosecutions has now withdrawn the case before Buganda Road, saying the suspects had been taken to a wrong court.

They questioned why the businessman bowed to private prosecution, yet he had been wanted by the police for over a year over the same charges.

The spokesperson of the DPP Jane Kajuga says the case will now be tried by the Anti-Corruption Court .

NEMA continues with crackdown on use of banned kaveera