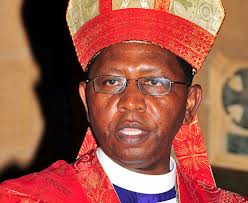 The Archbishop of Church of Uganda, The Most Rev Stanley Ntagali has asked Members of Parliament to focus on rebuilding relationships instead of encouraging divorce.

Giving his Easter Sunday sermon at All Saints Church, Nakasero today, Ntagali says the proposed law is encouraging disunity in families which the church does not stand for.

The Archbishop says there should efforts towards uniting families as Jesus Christ did when he died to redeem all Christians.

In a related development, the Archbishop of Kampala DR Cyprian Kizito Lwanga has asked christians to stay calm and peace full during this difficult time when the church is threatened by serious divisions.

While delivering his Easter message at the Lubaga Cathedral, Dr Lwanga said that the controversial issues raised recently by father Anthony Musaala is being critically handled with utmost care and is hopeful that a solution will be found soon.

He also urged the parents to raise their children according to the biblical teachings to avoid citizens that will later turn against the church and the entire nation.

Govt writes off shs 500b tax arrears for 34 companies