The military Court of Martial has ordered former spy chief Brig Henry Tumukunde, to defend himself in the case in which he is accused of attacking the government.

The Court has ruled this morning that the state has presented enough evidence to show that he has a case to answer.

Tumukunde is accused of spreading harmful propaganda while on a radio talk show in 2005. 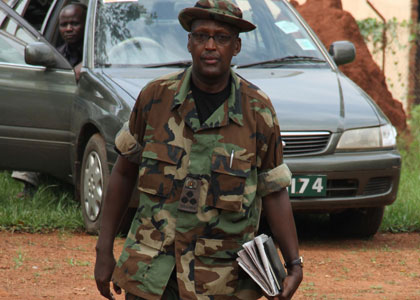 He is said to have attacked the current government for failure to promote what it stood for when it opted for the bush war in 1986.

However after the ruling, his lawyer Oscar Kambona told court that his client has chosen to keep quiet during the proceedings.

The panel will now reconvene on10th of January to decide on how to handle the matter.