Covid-19 coronavirus binding to human cell, conceptual computer illustration. SARS-CoV-2 coronavirus (previously 2019-nCoV) binding to an ACE2 receptor on a human cell (not to scale). SARS-CoV-2 causes the respiratory infection Covid-19, which can lead to fatal pneumonia. ACE2 (angiotensin-converting enzyme 2) is a membrane-bound aminopeptidase, the key host receptor for the spike glycoprotein of SARS-CoV-2 which serves as initial step in the development of coronavirus infection on a cellular level and a potential target for treatment strategy. 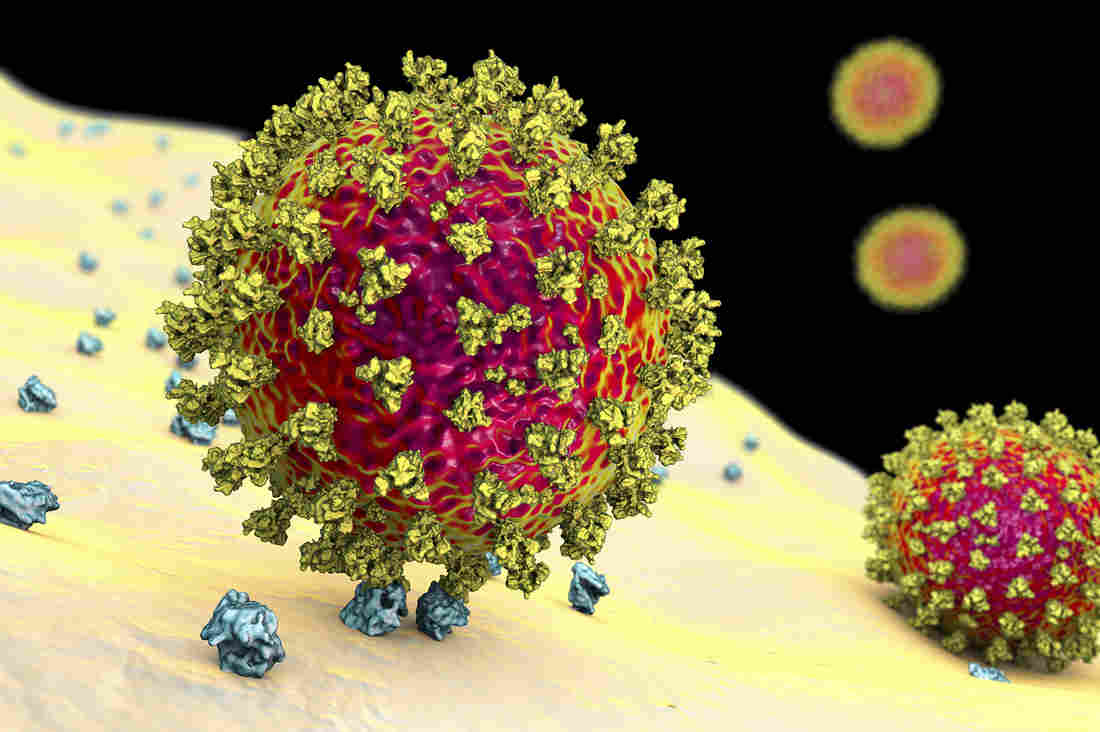 In less than one month, Budaka District has lost three teachers of suspected COVID-19 pandemic. This comes after the district Education department is yet in another grief following the mysterious death of another headteacher.

The latest is Mr Augustine Kasolo who has been the head teacher at Nyanza 1 Primary school in Kakoli sub-county in Budaka district. Mr Kasolo died at around 5.00 pm shortly after reaching Mbale regional referral hospital where he had been rushed.

Born on 23 March 1965, at Kazinga village Tademeri sub-county, the late has been the Deputy General Secretary of Obwa Ikumbania cultural institutions.

While confirming the tragic incident, Paul Higenyi the District Education Officer said, though there was no medical report, the narratives from the family members suspect that the deceased succumbed to COVID-19 following the symptoms he presented.

“With shock and grief, we have learned of the sudden death of our comrade. We stand together with the bereaved family and friends. On behalf of the education fraternity and on my own behalf, we have to send deep sympathies to his family friends and all of us who knew him,” he said.

According to Higenyi, within a period of less than one month, the department has lost 3 headteachers, something he says it’s a serious setback to the education sector.

Mr. Wakooli Samuel, headteacher of Namirembe day and boarding primary school described the late as an icon in the education sector having served in different areas.