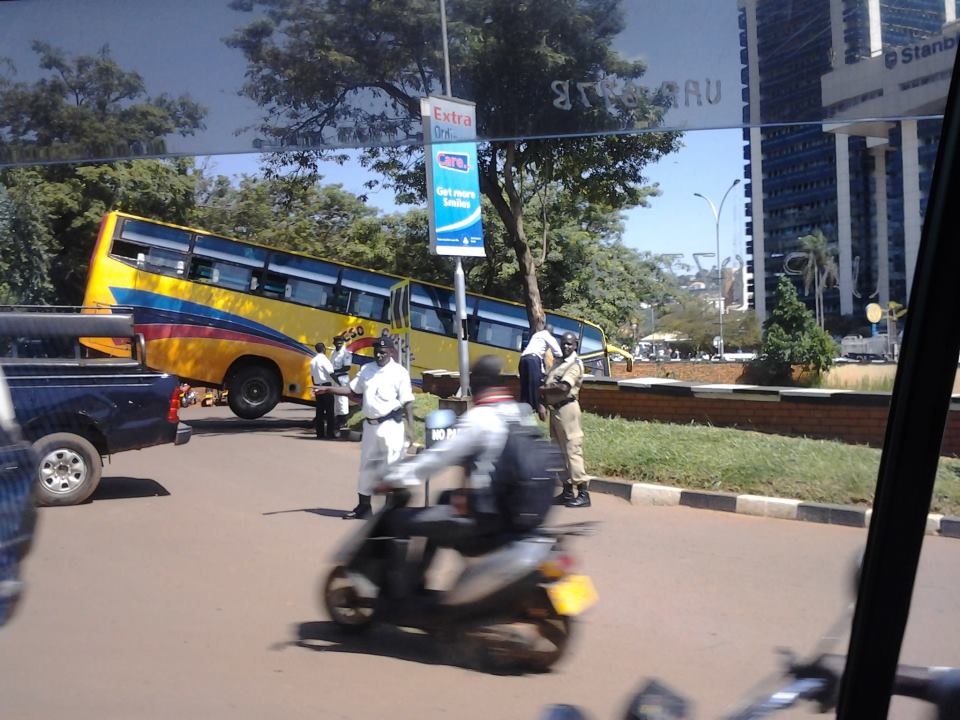 The proprietors of Subway Restaurant are bearing the brunt from yesterday’s accident.

A day after a Teso Bus coach crashed into the subway along Nile Avenue in Kampala, business has drastically slowed down.

According to the restaurant manager Florence Accii, the place is usually packed to capacity at lunch time but that has not been the case today.

She says the customers have now shunned their restaurant over safety concerns. She now calls for an urgent response from the city authorities to have the barricades that were destroyed yesterday fixed as a matter of urgency.

Accii adds that measures should also be taken to stop such accidents from happening in future.

Over 60 passengers were yesterday left stranded for hours after the bus they were travelling in rammed into the subway restaurant along the Nile Avenue, Crested Towers round-about.

According to traffic officer attached to Jinja road police station, Godfrey Arinaitwe the Teso Coach Bus registration Number UAJ 981K was in a dangerous mechanical condition and failed to break.