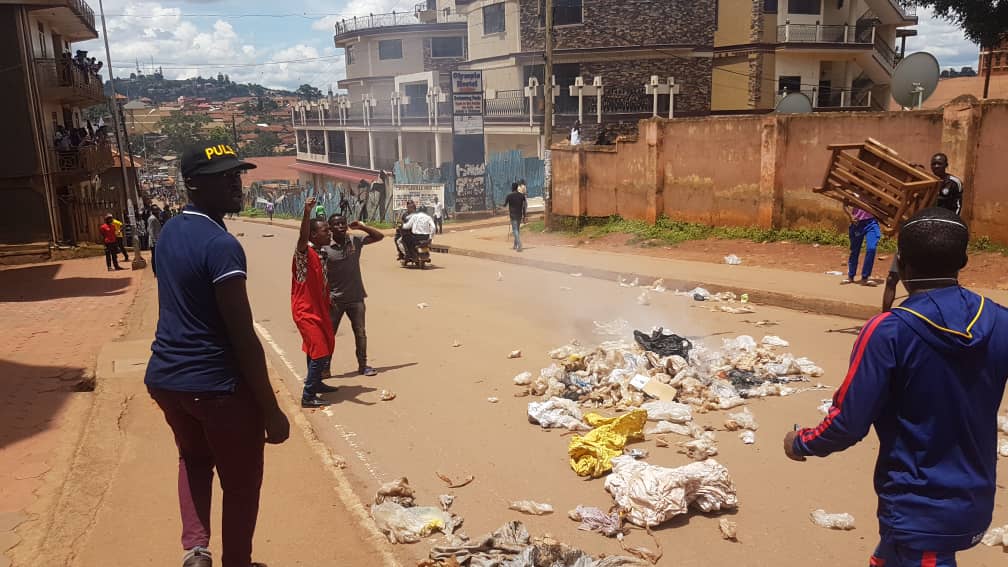 KAMPALA: The business community operating businesses inside and around Makerere University are counting losses following a two-day student strike.

This saw many people lock their business for fear of being looted by students.

Speaking to KFM, Enid Tusiime, a food vendor in Kikoni says she lost all the days revenue because no one bought food from her.

She says that most of her customers are students who had either locked themselves up in their hostels or scampered to safety from glaring eye of the anti-riot police that was firing tear gas and rubber bullets.

Yesterday 33 students were arrested for protesting what they call unfair 15% tuition increment policy.

The university council last year approved the cumulative increment in five years meaning each student will be paying 75% increment on his or her tuition.

The Vice Chancellor Prof Barnabas Nawangwe has so far suspended two students whom he accuses of disrupting activities at the university.