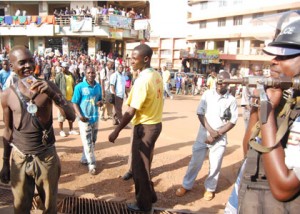 This followed an attempt by KCCA to evict all buses from the park to reduce congestion and curb accidents.

The drivers were asked to relocate to the Namayiba Bus Terminal but declined to move.

Police has now ordered KCCA personnel to vacate the park.

Meanwhile, the chairman Arua Park and juba bus operators association Omar Suleiman maintains that they will not vacate the park.

59 arrested at Namugongo, over 40 stranded

Obua apologises to the nation

One confirmed dead in Kakira Accident