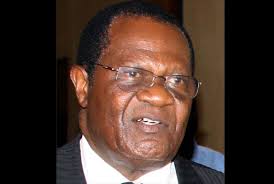 The hearing of the petition challenging the handling of High Court cases before the Anti-Corruption Court’s Magistrates’ section got underway today.

This is in the case that saw the Constitutional Court temporarily suspend the operations of the Anti-Corruption Court until the legality of its Magistrates’ courts has been determined.

Appearing before the Constitutional Court today, city lawyer Fred Muwema argued that the decision taken to constitute the Magistrates Courts at the Division was unconstitutional and illegal.

Muwema argued that the Anti-Corruption Court is a division of the High Court and that it is not gazetted for the magistrates.

He also asked the Court to nullify the proceedings and judgments made by the Magistrates at the court.

The case was filed by city lawyer Davis Wesely Tusingwire and is before the five justices of the Constitutional court led by Justice Steven Kavuma.