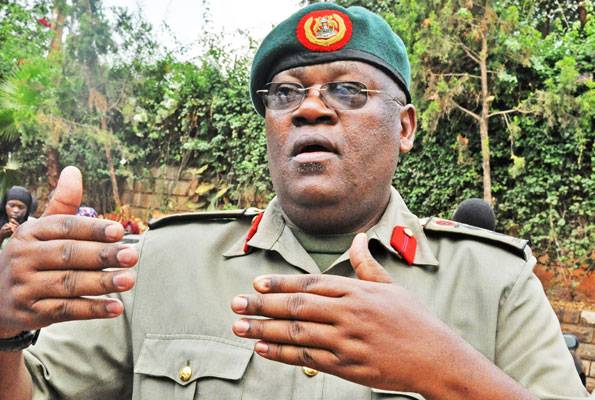 He was Monday arrested by military intelligence and briefly held at the Senior Officers’ Mess in Kololo, before being taken to court.

He was arrested over alleged mismanagement of money while working at the National Leadership Institute (NALI), Kyankwanzi.

Col. Bantariza was the director of NALI from 2007 and 2009 before being suspended.

He has been charged with three counts of fraud before the Military Court Martial in Makindye, chaired by Brig. Moses Ddiba Ssentogo.

The Prosecution accuses him of fraudulently claiming to have purchased a tractor, worth Shs 67m while at the National Leader Institute Kyankwanzi yet he reportedly received it from the Ministry of Finance.

The army Spokesperson, Lt. Col Paddy Ankunda confirmed the arrest and said investigations complete and a report has been produced.

Mr. Ofwono Opondo, the Executive Media Centre, who has been working with Col. Bantariza said UPDF notified him about the arrest.