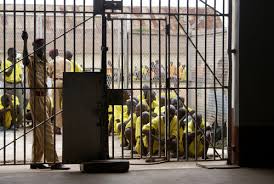 The Uganda prisons service needs 30 bn shillings to help address the issue of congestion at the maximum prison in Luzira.

Appearing before the defence committee Dr Byabashaija says this has been because courts are reluctant to give death sentences and are instead giving life sentences, which has increased the numbers.

He now says if the 30 bn shillings is availed, they will be able to set up a mini maximum prison in Kitalya to help decongest Luzira maximum prison, calling for support from parliament.

Uncertainty in the economy

Buganda Land board warns on grabbing