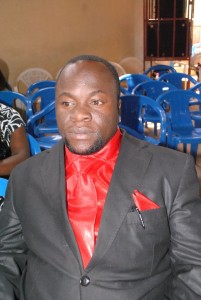 The police have finally released the results from the DNA test carried out on the late Paddy Bitama’s body.

This has been confirmed by the police spokesperson for Kampala Metropolitan Ibin Senkumbi while addressing journalists at the Central Police Station in Kampala this afternoon.

He said the results confirmed Peter Njegula as the father to the deceased.

Senkumbi said the DNA test was carried out by Ugandan doctors and the results were only taken to a Nairobi hospital for confirmation.

He has told family members that burial arrangements can now proceed.

This was after two families fought for the body of the fallen comedian Paddy Bitama.

The spokesperson of the Uganda Counselors’ Association Ali Male blamed this on greed for poverty as some mothers seek a good life for their children.

Male said peddling children had also resulted into cases of suicide as children fail to trace their true families.

The comedian succumbed to cancer on Saturday last week.

Bitama to finally be laid to rest