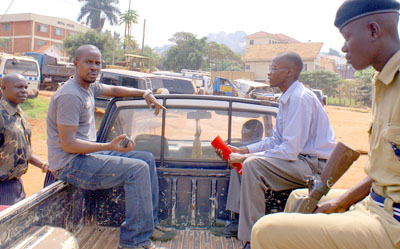 The magistrates’ Court in Makindye has freed two journalists of the Daily Monitor, who have been on trial for 2 years over allegations of criminal libel.

Angello Izama and Henry Ochieng were charged in February 2010, over an article that was published by the Sunday Monitor, titled: “Will the people’s power defeat President Museveni in the poll?”

The article in question discussed the risk of political violence during 2011 general elections.

The article compared President Museveni’s regime to that of Philippines dictator Ferdinand Marcos who was deposed in 1986 just a few months before Museveni came to power.

The case has previously been adjourned several times, after prosecution failed to produce witnesses.

Magistrate Flavian Nabakooza has today dismissed the case, declining to grant yet another adjournment.