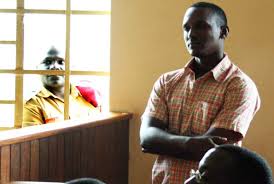 She has however cleared him of the charges relating to being in possession of narcotic drugs.

Also convicted is one of his co-accused Ali Umar, who is accused of being in possession of narcotic drugs.

The other four suspects have been set free.

Karungi and his co-suspects are alleged to have committed the offences on 14th December 2012 at Buziga in Makindye division a Kampala suburb.

The magistrate is yet to read out  his sentence.

By Jane Nafula President Museveni has pledged to support Somalia in its bid to join the East African Community (EAC) and exploit trade opportunities that exist...