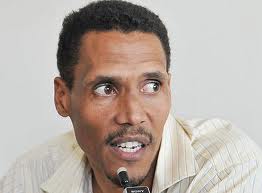 World soccer body FIFA has communicated a change of time for this Saturday’s World Cup qualifier between Senegal and Uganda.

This has been revealed by Fufa CEO Edgar Watson.

He says the match to be played at a neutral venue in Morocco will now kick off an hour later than earlier scheduled.

Kick-off time had been scheduled fort 9pm Ugandan time but the game will now start at 11pm still Ugandan time.

According to Watson there was no reason given for the change, adding that Fifa has the mandates to make such changes if deemed necessary.

Uganda on eight points trail the Lions of Teranga by a point.

They must now beat Senegal to progress from Group J to the final round of qualification to Brazil.

While on the other hand Senegal need just a draw after the first leg in Kampala ended 1-1.