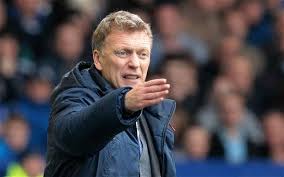 This is according to the BBC

The club had previously refused to comment on national newspaper reports  on Monday that Moyes would be dismissed before the end of the season.

Moyes, 50, was chosen by Ferguson as the man to succeed him when he retired after 26 years in charge last summer.

Moyes left Everton to sign a six-year deal with the Premier League champions.

In a statement the club said it “would like to place on record its thanks for the hard work, honesty and integrity he brought to the role”.

Player-coach Ryan Giggs is expected to take charge of United’s next game at home against Norwich on Saturday.