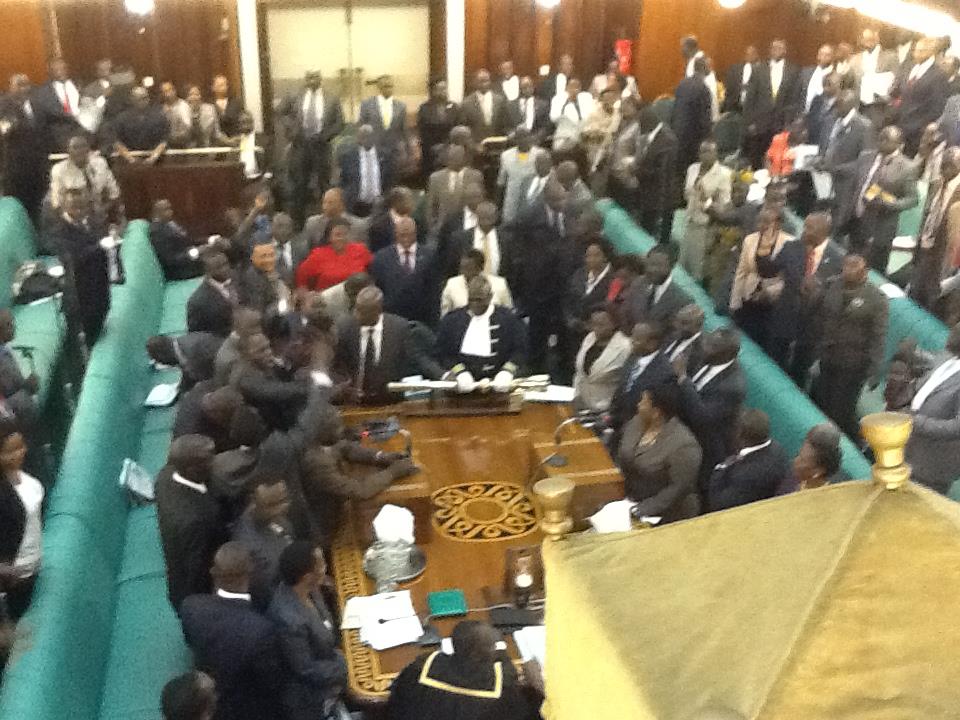 Parliament is expected to convene today, for resumption of the oil bill debate.

The debate on the much anticipated oil Exploration, Development and Production Bill 2012 is expected to resume this afternoon amid criticism over a clause that grants the minister absolute powers to issue or revoke licences as well as negotiate oil agreements.

The Mps want the minister to only approve and not be in charge of granting or revoking the licenses; a position that is not agreeable to the executive.

The Speaker Rebecca Kadaga was forced to adjourn Parliament prematurely yesterday, after several MPs stood up and started heckling and shouting, opposing those who wanted the voting on the bill to go on without discussion.

Members of parliament opposed to the re-committal of controversial clause 9 in the proposed oil bill have defended themselves over the commotion during plenary yesterday.

The MPs including Wilfred Nuwagaba, Mohamed Nsereko, Odo Tayebwa and others said that it was unfair to be asked to vote on a matter they are not well conversant with.

They said that the matter was long resolved and therefore there was no reason for re-committal as this would affect the entire bill which is unfortunate to the tax payers.

They say that they were voted to parliament to debate but not to vote on issues that they have not discussed exhaustively.

He said having a situation like that in parliament was regrettable and that the MPs should have followed the rules of procedure and moved a motion instead of causing chaos.

He said that as leaders they need to be role models to the society.