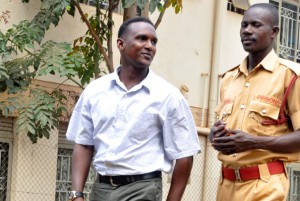 The Director of Public Prosecutions has appealed against a High Court ruling that set free Adam Suleiman Kalungi.

Kalungi had been convicted and sentenced to four years in prison for the murder of former Butalejja district woman MP Cerinah Nebanda.

Through his chambers, the DPP has today lodged a notice of appeal at the Court of Appeal stating his dissatisfaction with Justice Lameck Mukasa’s judgment.

Justice Mukasa ordered that the 4 year jail term handed to Kalungi by Makindye Chief Magistrate’s Court be set aside since there was no evidence that he caused the death of Nebanda in December, 2012.

The DPP will file the grounds of his appeal later after getting the proceedings of the case from the High Court.

National Anthem will not change

Another victory for the NRM "rebel" MPs