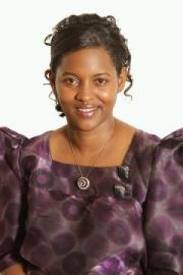 She was picked up from Johnston Street in Kampala together with the suspended DP deputy spokesman, Paul Kakande.

They were holding a press conference to release a list of new leaders in elections conducted at Ssebo Green Gardens last night.

Meanwhile the police spokesman Kampala metropolitan area, Ibin Ssenkumbi says that the arrested are being interrogated before charges can be preferred against them.