Sounds like centuries since Eddy Kenzo won the BET International Viewers’ Award in 2015 that put his artistry work and career on another level. Fast forward to 2018 Ugandan musician Eddy Kenzo has another international award to his name, Wait, not one but two Awards. 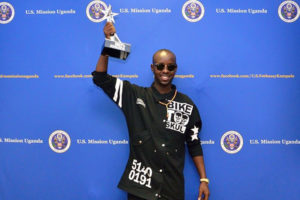 Eddy Kenzo now has a BET award an AFRIMA Award, Nigeria Entertainment awards among others.

Turkana pastoralists move back to Kenya