Ekemu to be buried without Parliamentary honors

The Former Soroti Municipality Member of Parliament Willy Ekemu who died yesterday, will be laid to rest without honors from Parliament.

According to Chris Obore, Parliament’s Director of Communication, Parliament will not honor the fallen MP because it is not automatic for bodies of former legislators to lie in state unless government requests.

The deceased’s young brother Jimmy Ekemu says his brother been in an out of hospital until a week ago when doctors discovered that he had cancer of the liver which needed an operation either in India or the United Kingdom.

A requiem mass is on this afternoon at Namugongo Martyrs Shrine and the body of the deceased will be taken to his home in Jogo Bukerere Sonde for an overnight vigil. 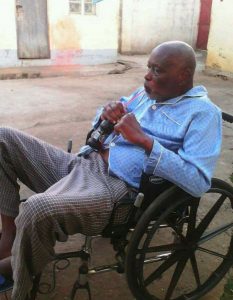 Meanwhile, the fallen MP’s father Ekemu Phillip Omaswa has also died at the age of 94.

According to Jimmy Ekemu, the old man died of a double stroke and old age.

He says the late Ekemu and his father will both be be laid to rest at their  ancestral home in Ngora districton Tuesday.

Two African Court Judges To Be Sworn In Today