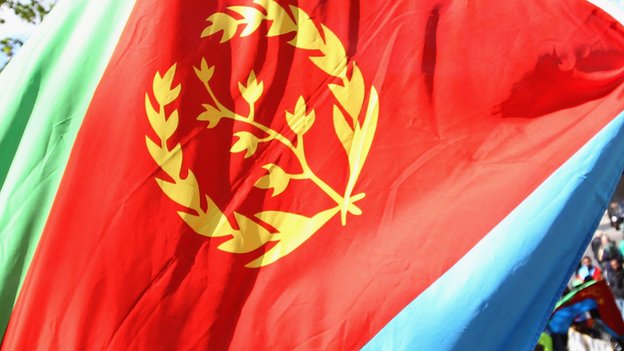 The 18 Eritrean soccer players who had gone missing since Monday this week have this afternoon showed up at the Disaster Preparedness Ministry seeking for asylum.

The players were in the country to take part in the ongoing CECAFA Tusker tournament but later disappeared from their camp under unclear circumstances.

Only 7 out of the 25-member Eritrean delegation returned to Asmara yesterday, after the team was eliminated from the  tournament.

17 players and one team doctor vanished on Monday leaving behind the head coach and his assistant, the goal keeper trainer, two players and two accompanying officials.

The police had engaged private security companies and local leaders in the search for the foot ballers who disappeared from their camp on at Sky Hotel.

However, the eighteen have today met the State Minister for Disaster and Preparedness Musa Echweru.

Echweru says they have started carrying out investigations to assess their eligibility to be granted refugee status.

Echweru says they have also asked the ministry of internal affairs and the police to halt the search for them and also inform the Eritrean government of the latest development.

The minister says the 18 men are in the hands of the UNHCR as investigations continue.