The opposition Forum for Democratic Change (FDC) party has resolved that its members of parliament reject the Sh200 million meant for purchase of their vehicles and instead get loans for the same.

This was agreed upon during a meeting of party officials held at the headquarters in Najjakumbi and chaired by the FDC president Maj Gen Mugisha Muntu.

Addressing journalists after the meeting, the party spokesperson Ibrahim Ssemujju Nganda has appealed to their members of parliament to respect the resolution so that the money saved can be spent on other developmental projects to benefit the entire country. 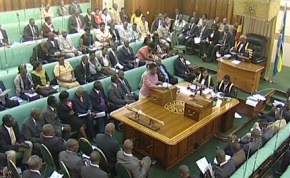 He says they have instructed their Leader of Opposition Hon.Winnie Kiiza and the Chief Whip to table their proposals before parliament.