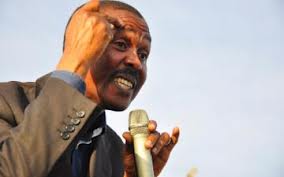 Kumi County MP Patrick Amuriat says the decision to replace Nandala Mafabi with Wafula Ogutu may have not been understood by some people.

He says clear explanation for the change, will clear suspicion among party supporters that Nandala’s removal was vindictive.

Wafula Ogutu is expected to take charge as new leader of the opposition this week.

Do not stop Public Private Partnerships

M7 hails Kabila for flashing out the ADF