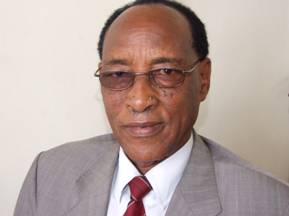 He passed on this morning at an undisclosed hospital .

Buganda kingdom spokesman, Denis Walusimbi says his death is a great loss to the kingdom.

He has been one of the longest serving ministers in the kingdom having served during the Late Kabaka Muteesa’s reign.

He also played a crucial role in mending relations between the Buganda and central government.

Workers at bank of Baroda strike