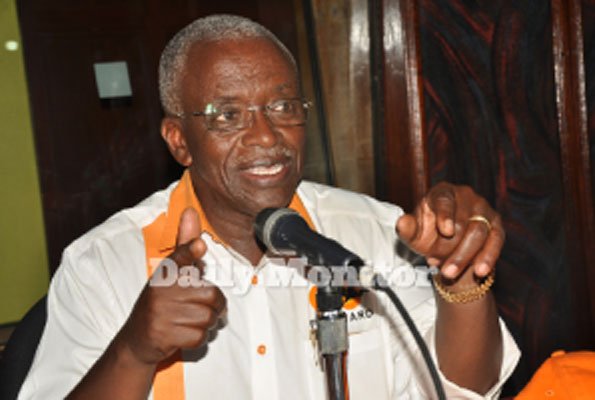 The former Prime Minister  Amama Mbabazi has revealed that he has rejoined President  Museveni and he is soon returning to the mainstream party, the National Resistance Movement (for an active role in the party affairs.

Mbabazi made this revelation when he was meeting about 138 NRM councilors from all the five divisions of Kampala including; Kampala central, Nakawa, Kawempe, Rubaga and Makidgye) on Tuesday in Kampala.

Mbabazi who was representing  Museveni told councilors that he has never left the NRM party despite the disagreements he had with Museveni that made him stand as an independent candidate in the 2016 general election.

He said that he is one of the founding members of NRM party and there is no way he would abandon a man he has been with for over 50 years further adding those saying that he left the party do not know what they are talking about.

Mbabazi says he has his own issues which he will openly talk about when the right time comes.

President Museveni sacked Mbabazi as Prime minister on September 18th, 2014 after a long silent power struggle between them.

By Benjamin Jumbe  President Museveni has appointed new leaders and members of the Equal Opportunities Commission(EOC). In a letter to the Speaker of parliament dated 23rd...

By Damali Mukhaye The Uganda people’s defence force have  apologized for the mishandling, brutalizing and blocking some former presidential candidates in the just concluded presidential elections....