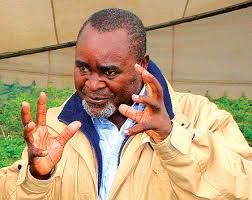 The woes of former Vice President Prof Gilbert Bukenya are far from over.

The latest from his party NRM is that he could face the disciplinary committee.

This follows his failure to attend the party retreat at Kyankwanzi and the party caucus meetings at Entebbe State House.

The NRM Kampala region chief whip John Simbwa says this continued snubbing of party activities without permission is against the party rules.

He says Bukenya has already been asked to submit an explanation for his conduct to the party chief whip before the next course of action is taken.

Prof Bukenya who has declared intentions to contest for presidency in the 2016 elections recently formed a pressure group called “the New Movement” which he says would offer the alternative to what he called a decaying NRM system.