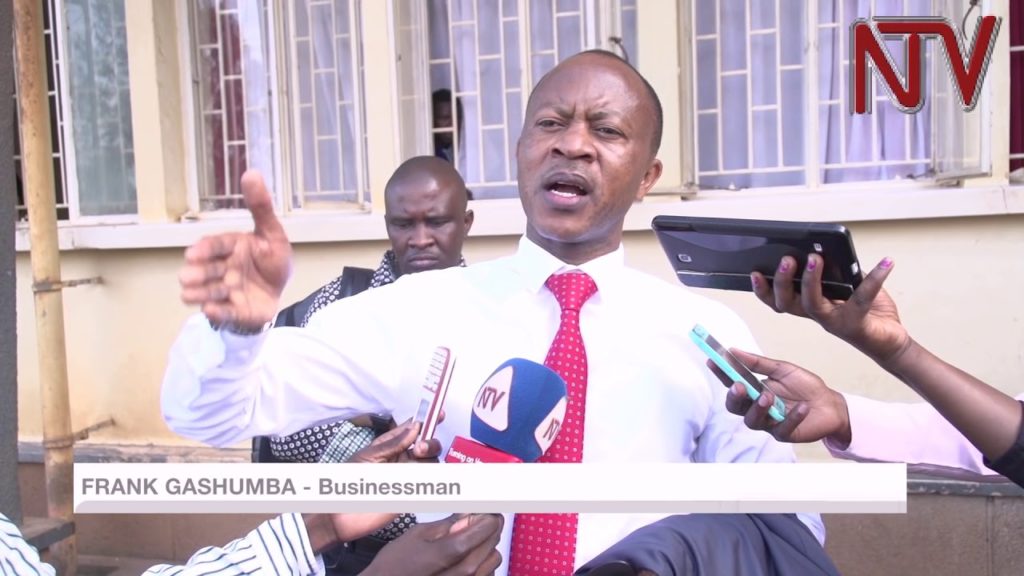 KAMPALA. Kampala businessman and social critic Franco Malingumu Gashumba is now a free man after the court dismissed charges of fraud, forgery of documents and unlawful possession of drugs.

According to the Magistrates Court sitting at Buganda Road before Grade One, Ms Stella Amabilis, dismissed the charges against Mr Gashumba yesterday citing ‘lack of prosecution.’

“This case is hereby dismissed for lack of prosecution and the accused persons are accordingly discharged,” she said.

The court’s decision followed a warning in July this year when the trial magistrate gave the state a last adjournment to present prosecution witnesses in the 2017 case. Unfortunately, at the hearing, no witnesses were present which compelled the magistrate to dismiss the case.

The prosecution had alleged that the three persons and others still at large between September and October 2017 forged stamps from the South Sudan ministries of justice, agriculture, education, and transport.

It further alleged that in 2012, Mr Gashumba being the holder of passport number BO892687 applied for the same document and refused to surrender the older one to a passport control officer for safe custody as required under the Passport Regulation Act, 2004.

The State also alleged that Mr Gashumba lied to the passport control officer that his father is Joseph Lwandaga, mother Teddy Nalwanga and that his place of birth is Namasuba, a city suburb.

Much more, it was alleged that on September 12, at Golden Tulip Hotel in Kampala, the trio with intent to defraud two Dutch nationals — Kolgvan Dirutop and Manu Meerscghman — represented themselves as Ministry of Defense and Veteran Affairs director of procurement, Dr John Mwine and conspired to obtain money by false pretence from the duo pretending to offer contracts to supply trucks, troop carriers, heavy machines and water tanks.

The Army also paraded cocaine, marijuana, 20 stamps in names of Ministry of Defence, Ministry of Fisheries and Stanbic Bank from Mr Kasumba’s home.